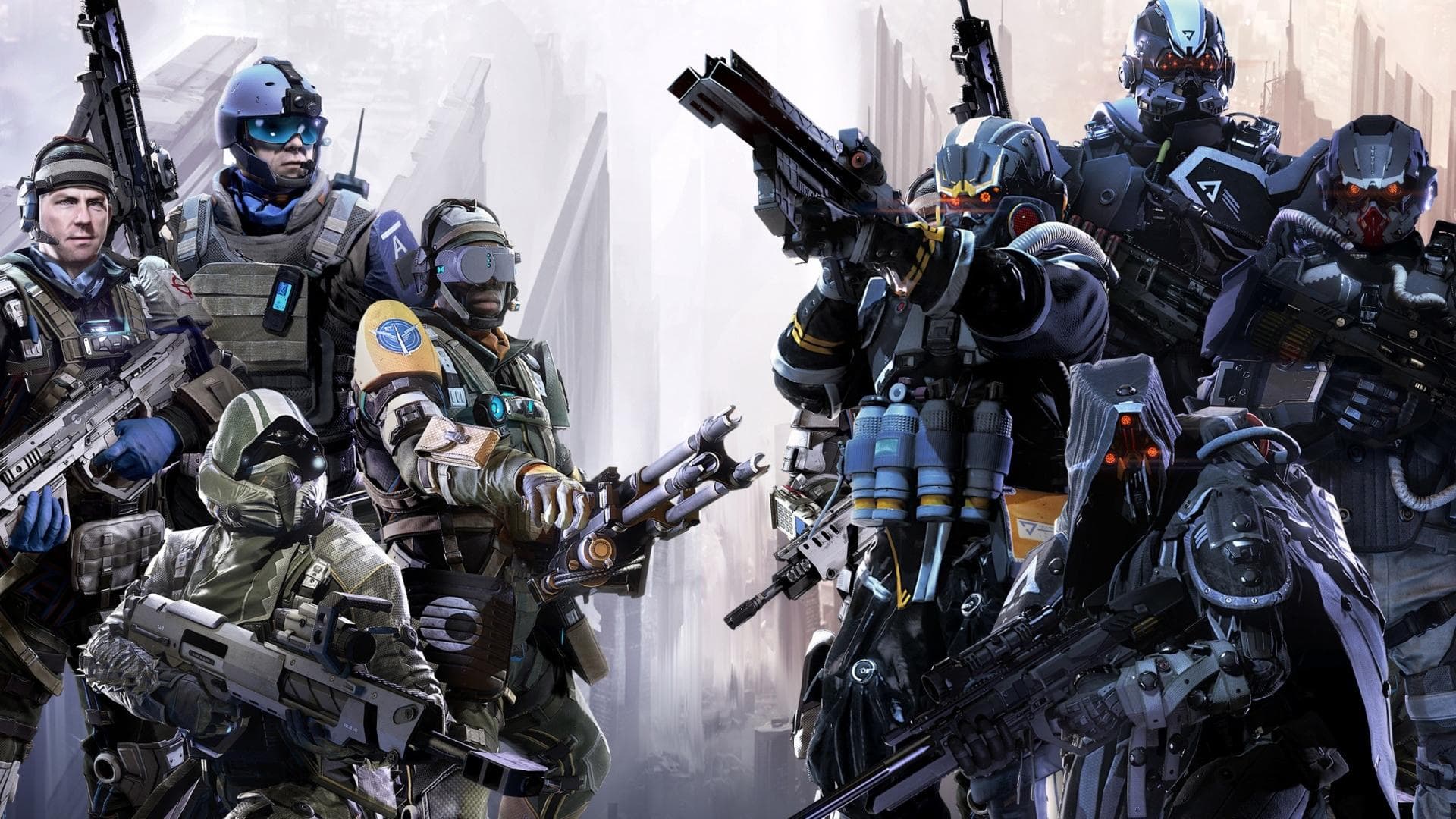 First one seems to be some sort of VSA/ISA security files, second one with the tree looks like it is the national flag of the planet Gyre.

Really need them for something I'm working on. It's nothing 'illegal', just a mod for a game. Yeah just a .obj with no texture would be fine.

(edited by Triniwiki)
A reply to
0
Fortu wrote:
The Elites are well trained from what I saw in Halo Legends. Elites have a somewhat Japanese mix Spartan culture so yeah, their training are good. Grunts are just slaves, jackels are mercs, and the Brutes are a tribe-like race so the Brutes probably train pretty good as well.

Those petrusite Missile and maybe arc cannons are the only things I can see in the KZ universe that might do some something to the covies. And who's to say the covies won't use the most advance hig weapons for themselves? Glassing and petrusite? Damn... Higs won't stand a chance... Higs better destroy their petrusite weapons before the Covies take em.

As for the MAWLR, send Lekgolo to it, those worms would climb inside and kill everyone on board or simply glass it.

Guess you have a point. But then again the Helghast could also capture some of the Covies' ships, plus simply killing a Grunt would grant them access to a laser gun. Imagine Helghasts with laser guns? Imagine Radec with an energy sword to replace his knife, pistol replaced with that purple laser gun the Grunts have and that super powerful laser gun as his main weapon? The Helghast's smarts and planet-destroying tech like the Petrusite could probably win them the war.

Just thinking of things that could've happened in an alternate KZ history. Here are ones I was thinking of:

Templar was killed early on.

What do you think would've happened if any of these things happened?

Not much is mentioned about it but they definitely have jump/hyperdrives, and you see Stahl's ship warping to Earth if you fail the mission. Is it just like Star Trek warp drives or something?

Helghast: Smaller numbers (but still almost a planet worth's big pre-KZSF), extremely well trained compared to Covenant, less advanced weaponry unless you count the petrusite weaponry capable of destroying a planet and snow missiles capable of taking out an entire fleet in a few.

Or since they've been working on Horizons, is that bye bye KZ forever? ;( they haven't said a word about KZ coming back. I guess it's goodbye, for now at least until we get some form of news on the continuation. Just hoping that day will come. It's been 3 years already.

Got it from some dude who bought the Helghast Edition of Killzone. He was selling it for only £10 on my local buy & sell thing,for only £10. I don't think the guy who owned it had any idea how rare it is,but as soon as I saw it I went and bought it. It was so epic! If you don't get which one it is,it's the Helghast Helmet on the stand,and if you undo the breathing tubes on the helmet,you can remove the helmet from the stand and find an 'Arts of Killzone 3' book inside part of the stand. If anyone else has it or something like that,post here and how much you got it for/how you got it!

I was thinking a good way for a sequel would be:

Some person kills Hera Visari and locks up Echo as a test subject for some new bioweapon to use on Vektans,and an ex-VSA member hears about this 'Bio weapon'.

He then gets out an old silenced LS12 and gets to the wall,takes out two guards,grabs their weapons and armor and sneaks across the wall. He is in No man's land and has to travel through New Helghan,sneaking past and fighting HGH Security Forces. He eventually reaches the test chambers,and manages to save Echo from being injected by this new BioWeapon just in time. They then destroy the rest of the bioweapon and get out.

[To be continued when I get time]

(edited by Triniwiki)
A reply to
0
DeltaCanuckian wrote:
I kind of like the ending of Shadow Fall being a way to say, "These two factions will always be at war with each other, no matter what". There may be times of "peace", but it's still just a cold war and eventually will erupt into all-out conflict.

Either way, I have two things to say about any potential follow-up to Shadow Fall: First, GIVE IT TIME! We've had three mainline releases in the series since 2009, and then one handheld release in Mercenary. Killzone could use a break and the added time in the oven can only help (see: Killzone 2).

Second, if Echo is not the playable character in the next Killzone game then Guerrilla is making a massive mistake. She's the most interesting character in the series since Visari himself, and it'd be interesting to follow the story of a rogue agent who's been rejected by both sides, and started a new war on her own. Guerrilla needs to improve on the stealth elements of the game, as well as the AI because it'd be incredibly awesome to play as Echo and truly be able to tackle each battle differently.

At Gyre,Helghast and Vektans are at peace apart from a few people.

He was kinda stubborn and got himself killed,I realized. I managed to keep him alive till the end using M82 and M4 revolver and spawnkilling the rocket guys,leaving boris to kill the SMG higs,and even though you were like 5 seconds away from the docks,he says he'd stay back and fight. Couldn't he have come in the elevator and come with you into the boat? GG Made that bit sad on purpose...

Also that Darth Radec would be a great Star Wars - Killzone crossover fanfic.

(edited by Triniwiki)
A reply to
1
Col Radec wrote:
I am literally Killzone's Darth Vader, I should be around still.

You shall be known as; Darth Radec

Hmm,Lucas could have actually survived the shot and got OWL To kill the "Real" Sinclair,and ran off not knowing what to do,because I did notice the TV Board on the last level said 'Elliot Sinclair' not 'Thomas Sinclair' when Sinclair was being interviewed,meaning that to the public they could be using a decoy or something,and Kellan went into hiding.

(edited by Triniwiki)
A reply to
0
Quote:
Halo 4: Forward Unto Dawn was super boring I wanted real action like the games. And personally, the Killzone Movie would be good, but I think they need to star the characters from the games.

Agreed about needing to star the voice actors,because they do seem to make the characters look a slight bit like their actors,like Gene Farber looks A LOT like Lucas kellan,Jamie Gray Hyder looks quite alot like echo,Azura skye looks like Massar,Jeff branson looks pretty much exactly like Michael Kellan and so on. So really it shouldn't be a problem.

For other movies other than shadowfall is the same case,like killzone 3 the actors look quite similar too and just need some wigs and all that.

(edited by Triniwiki)
A reply to
0
Fortu wrote:
To WC: Try doing that in mgs ground zeroes daytime missions on hard with no slow mow.

To Triniwiki: Let me ges. Ur fav hig is Radec.

If you managed to defend him to the end he would possibly live,unless then there is something that kills him before he reaches that intruder.